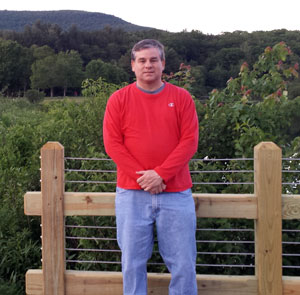 My name is Gregory Pickett and I have over twenty years of experience in desktop publishing, web development and information technology. Please do view my work experience and larger freelance projects for more detailed information.

While attending the University of Georgia, I created and sold advertisements for University of Georgia Red & Black newspaper. In addition, I helped develop a public relations campaign for Northeast Georgia Girl Scout Council. After graduating from the University of Georgia, I worked on several internships. In 1993, I coordinated special events for the National Multiple Sclerosis Society - Georgia Chapter. Subsequently, I coordinated charity donations and media appearances for Six Flags Over Georgia. In 1994, I developed a media database for Federation of American Immigration Reform (FAIR) in Washington, D.C. In addition, I wrote articles for Washington Office Magazine's Baltimore edition of Welcome. I also tutored Algebra and English for Harford Community College (HCC) in Bel Air, Maryland.

In 1995, I created a logo for Clayton Landscaping Technologies in Lanham, Maryland. The following year I created a brochure for the Harford County Department of Parks & Recreation Soccer Program. In 1998, I created advertisements and flyers for Homewood Suites (BWI) in Linthicum, Maryland.

In 2007, I designed a brochure for the Maryland Golf and Country Club Ladies 18-Hole league. From 2007 — 2012, I developed websites for: 1) Gateway Church of Christ (GCOC) and Barren Creek Christian Academy (BCCA) in Mardela, Maryland; and 2) Traco Mortgage in Salisbury, Maryland. More recently, I provided a legal memo for a attorney that I am associated with dealing with "speedy trial" issues and the Sixth Amendment of the U.S. Constitution.

Recently, I have created a flyer and PowerPoint presentation for my grandmother Katherine Endslow's 95th and 100th birthday celebrations. For my friend Susan Land, Esq. I developed the following: 1) a memorial poem for the late Judge Marvin Land; 2) a memorial poem for Sophie Land; 3) a 50th Birthday flyer and logo; and 4) a business card. In 2017, I created a logo for Triple Double Photography.

My name is Gregory Pickett and I have over twenty years of experience in desktop publishing, graphic design, web development, legal research, business communications and information technology. I graduated from the University of Georgia (UGA) with a Bachelor of Arts in Journalism. After UGA, I graduated from the University of Baltimore with a Juris Doctorate and a Master in Business Administration. I then passed the Maryland State Bar Examination and was admitted to the Bar of Maryland. Read More ...